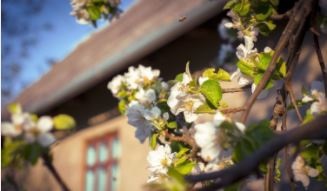 Northern California had a strong start to the Spring home buying season notwithstanding low inventory. The housing market continues to experience an abundance of buyers, and in most cases, multiple offers on reasonably priced listings. New listings continue to come on the market, but not at a rate that meets buyer demand.

According to the National Association of REALTORS® (NAR), existing-home sales reached their highest pace in 10 years during March largely due to low inventory.

“The early returns so far this spring buying season look very promising as a rising number of households dipped their toes into the market and were successfully able to close on a home,” said Lawrence Yun, NAR chief economist. “Sales will go up as long as inventory does.”

Northern California continues to sustain a sellers’ market due to its low inventory. Most reasonably priced listings receive multiple offers because buyers continue to outnumber the listings. However, there are not as many buyers for luxury properties in most regions.

Northern California has continued to maintain its strong Spring start into May. Here’s what was happening in the North Bay earlier this month:

For Greenbrae, inventory continues to be outpaced by demand, and multiple offers continue to be prevalent. Buyers are negotiating more once they get into contract, which has led to more escrows falling out than normal. In Novato, the luxury market over $1 million has improved. Currently 50 percent of the inventory is in contract with the majority in the $1 million to $1.5 million range. A new listing in Novato this week priced at $1.2 million sold less than seven years ago for $600,000 with little remodeling done. Prices will continue to trend upwards as inventory remains low. During April, the number of units sold in Novato was slightly higher than last April and prices were up 5 percent to a median price of $915,000. The average days on market went down 10 percent to 26 from 29 last year. There has been an increase in listing inventory, but it only equates to two months of available inventory. Currently Novato has 55 active properties and 80 properties in contract. In Santa Rosa, many properties are receiving multiple offers and many buyers continue to write offers even though their previous offers have not been successful. Total sales for April were 15 percent below sales from April of last year and more than 4 percent below sales from March of this year. April over April median price in Sonoma County is up just under 10 percent. In Sebastopol, listing agents are seeing offer dates come and go on properties in all price ranges, but buyers’ agents are still competing for properties. Interest rates still remain low, and more buyers are heading north from the Bay Area.